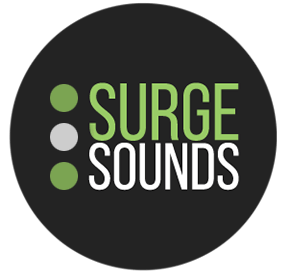 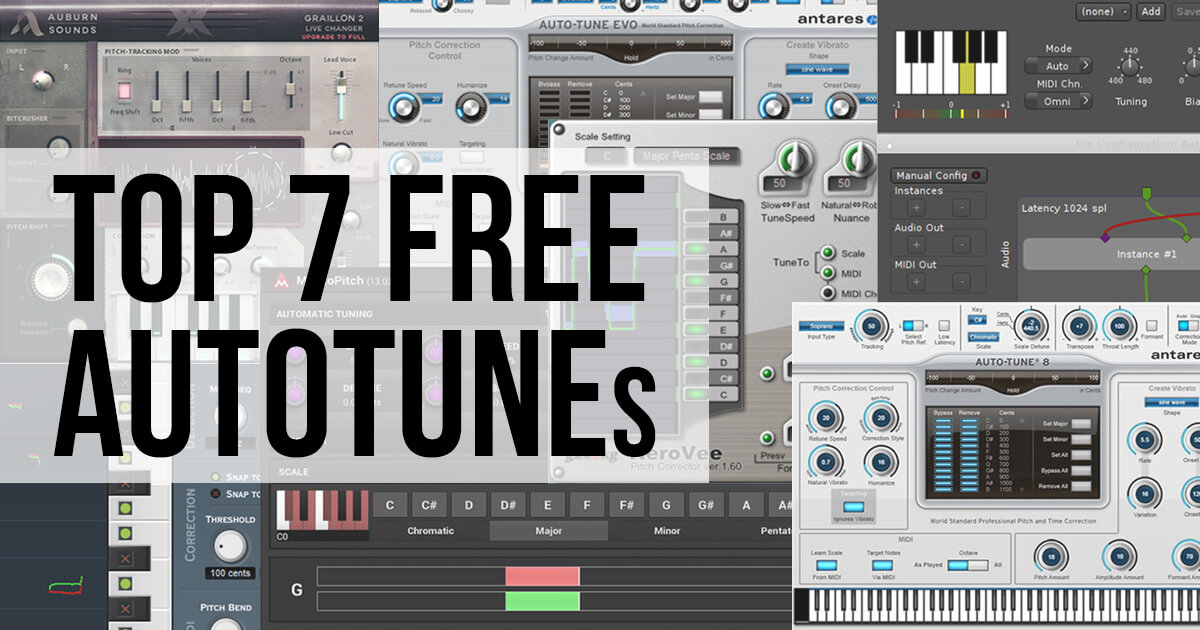 If you think of pitch correction as a product of the digital music age, you’re only about 50 years off. While early techniques didn’t have the capability and versatility we enjoy today, pitch alteration has been around since the early days of magnetic tape recording.

The History of Pitch Correction

Varispeed: Dialing it in

Tape requires consistent and controlled speed to maintain the musical integrity of recorded material. That is, if the motor drifted, so did the pitch of the recording. Variable speed controls on tape recorders thus allowed a way to alter pitch, though in a rather clumsy and inefficient way, since all content on a recording is changed equally. That’s not effective if you’re trying to fix a flat singer.

However, varispeed had its moments. Perhaps most famously, “Strawberry Fields Forever” by the Beatles results from a splice of two takes, each done in a different key and in different tempos. Altering the speeds of these takes resulted in a marvellous coincidence when both takes came into the same key at compatible tempos. The released song is not a single, contiguous performance thanks to varispeed.

Considered the world’s first digital signal processor, the H910 Harmonizer arrived in 1975. Its pitch correction range was limited, and it could level audible artifacts with even modest adjustments, but when there was no re-recording alternative, the Eventide could be a lifesaver.

The 1980s saw the popularity of sampling start to grow, with devices such as the Fairlight CMI and the Synclavier II. These keyboard-based computerized instruments could adjust pitch by taking a sample of a sound and adjusting the frequency of that sound’s waveform. This was perfect if you wanted to sneeze with different notes, but it was still less than ideal for vocal corrections, perhaps the most commonly desired pitch correction task.

It’s hard to imagine the leap from seismic geological events to Cher’s version of “Believe”, yet that’s exactly what happened. Coming from an ex-Exxon employee, Antares offered, for the first time, easy and powerful pitch correction that was ideally suited for fixing vocals and, as Cher demonstrated, creating vocal effects.

So impressive and successful was Auto-Tune, its name is now synonymous with the pitch correction process, regardless of the program or plugin used. Autotuning is a studio staple now, from the biggest commercial studios to the humblest bedroom setup. While the big names of the game charge a pretty penny for their impressive packages, there are plenty of low- and no-cost options out there.

Here are our picks for the Top 6 free autotune VST plugins, as well as a 10-day free trial with the pioneer in the pitch correction world.

One of these, MAutoPitch, is not only a great value at zero dollars, it’s got a few tricks up its sleeve that even the big players in the field don’t have. What’s more, its interface is one of the most natural and intuitive you’re likely to find in pitch correction software, which by nature is difficult to simplify.

In fact, ‘simplify’ is perhaps the best way to describe the MAutoPitch approach. Big-ticket pitch correction packages such Antares Auto-Tune and Melodyne can sometimes take some wrangling to fine-tune. I don’t think MAutoPitch outperforms either of these plugins, but it’s fast and easy to get results. That it can be mentioned in the same breath as the leaders as a free plugin is impressive.

Pitch correction has two general modes: subtle error correction and as a special effect, the so-called “T-Pain sound.” MAutoPitch handles both and then some. Being able to dial in wet/dry balance easily gives great-sounding automatic double-tracking (ADT) effects that are a breeze to adjust.

There is a commercial version of MAutoPitch, but the free plugin isn’t crippled in any way, though it doesn’t have all the advanced features that the upgrade has. Given that there are 33 other plugins in the package, MAutoPitch is a treasure trove you should check out.

When free versions of pitch correction plugins emerged, Graham Yeadon was at the forefront. GSnap from GVST is still a solid contender for no-budget plugin users. Its main claim to fame is the way you can use MIDI to adjust your pitch correction, a feature found in a few free plugins.

It’s an automated way of replacing a common studio scene. A producer or arranger sits at a piano and plunks out notes for the vocalists, trying to corral errant pitch or wandering harmonies. This is a before-tracking fix that’s only as good as the singer’s note memory.

What GSnap does is move this process to post-recording. You can use a MIDI keyboard to enter the correct notes of the vocalist’s performance and then use the MIDI notes to guide the pitch correction process. This could be a big time-saver.

GSnap isn’t as flexible as commercial tools and note-by-note editing isn’t a strong point (though the MIDI capability is a workaround). For autotune effects, it’s a solid contender, but it’s tricky to subtly correct a vocal track with major pitch swings. Still, with a lean processing engine, it won’t hog resources. It may be what you need.

Calling itself a live voice changer, Graillon 2 Free Edition from Auburn Sounds is on the special effect side of the fence. The free version features pitch shifting and pitch correction, while the reasonably priced full edition adds some extra tools. Adding only 23 milliseconds of latency makes it a pitch shifter than can be used during tracking on reasonably fast systems.

The sound of the pitch shifter is optimized for vocals rather than other instruments, and this seems in evidence with smooth transitions but where Graillon 2 excels is in its voice modification properties. If you’re taken with the sound of the free edition, beware. It’s very tempting to wonder about the full version’s features.

Here also is another very friendly interface that looks, well, cool. It doesn’t resemble your typical VST plugin, if there is such a thing. All parameters are easily accessible. In an effect full of quirks, Graillon 2 seems to be a little more particular than most pitch correction software with its preference for dry signal.

Admittedly, it just makes sense to fix vocal pitch with any product before sweetening, but best results here definitely come with Graillon 2 as the first plugin effect.

Don’t be taken aback by the page of Japanese text when you follow the link to the KeroVee download page. There’s a Google Translate dropdown box at the top of the page that does an adequate but sometimes amusing job of translation into English.

It’s easy enough to locate the list of downloads from the current version right back to v1.00. The plugin itself is also labelled in English, so there’s only a need to understand the nature of pitch correction parameters to use the software.

This is a fun VST for effects. It can be used for subtle correction and it does it well, but something about both the sound and the interface seem to beg healthy doses of knob twiddling. You can plug in KeroVee if you’re looking for robotic vocoder sounds.

The biggest downside is that this is a 32-bit compile and there’s no version history later than April 2013, so this is likely a plugin that’s developed as far as it’s going to go. Still, it works, it’s fun and it’s free.

Some free plugins are not going to give you over-the-top effect pitch processing, and x42 Autotune is very much on the softer side of the vocal fixer-uppers. The basic concept of its processing is different from most approaches. There’s not the aggressive correction available here that you’ll see with other plugins, and the x42 leans on the conservative side of pitch correction, featuring parameters that preserve many human elements, rather than digitizing them into oblivion.

Also featuring MIDI control, look to x42 if you’re more concerned with natural sound than with contemporary effects. You can dial back the sounds that brand autotuners as effects, and even left to its own devices, x42 isn’t heavy-handed.

Another nice feature is the range of versions. There’s 64 and 32-bit Windows, Apple and three flavors of Linux, as well as source code for all platforms. The user interface doesn’t win design awards, but nor is it in the way of operation. Note there’s no option to adjust formants, seemingly in line with x42’s conservative nature.

Some people spend time puttering in the garden. Others have shops in their garage for carpentry or car repairs. Tom Baran takes a week in 2009 to relax and write the code for an autotune plugin. Autotalent is the result.

Looking more like a spreadsheet than an audio plugin, Autotalent has all the under-the-hood power necessary to handle your pitch correction jobs. The basic interface looks, well, serious and its austere look will certainly turn the head of other recordists with a “what’s that?” look on their faces.

Yet, everything you need is there, whether you’re after natural sounding corrections or over the top effects. Autotalent can intelligently generate harmonies for the input voice and, in a very interesting twist, it can change modes, taking a major scale melody and converting it to minor. It even has the capability of converting a track to an 8-bit chip tune sound.

With low frequency oscillators (LFOs), you can add vibrato to a vocal and formant correction and warping further extend the capabilities of this surprisingly versatile plugin, truly the best example of the book hidden by its cover. Dig the fundamental design and revel in this low-latency VST.

Stepping outside the true free versions above, it’s important to point out that the granddaddy of pitch correction is available to everyone, at least for a trial period. Auto-Tune Evo can be found all over the internet as a fully functional time-limited demo. We’ve included it here primarily for those readers who are new to pitch correction. This is a chance to see a version of the originator in action, so that you have a frame of reference about pitch correction is all about.

Though Auto-Tune Evo isn’t a contemporary version of the software, the refinements made to the plugin over the years have been incremental. This is a VST package that hit it out of the park early in its existence and since then there haven’t been quantum leaps, save perhaps for the Melodyne interface which perhaps makes forensic touch-ups across entire tracks more convenient both in workflow and visually.

When it comes to the sound, what can you say? Antares singlehandedly created this niche and defined the major capabilities. You can do subtle; you can do Cher and T-Pain. There’s control over formants (though not in the TDM version) and there’s MIDI inputs in two flavors.

A word of warning, however. Auto-Tune is synonymous with pitch correction and the name everyone knows. The shareware distribution of Auto-Tune Evo means that its out there – everywhere – and not always in the hands of the scrupulous. Low-grade hackers use the Auto-Tune name to draw in the unsuspecting who, instead of a plugin, end up with trojans, viruses and more. Be sure to use a reputable download source, or make sure your antivirus software is on high alert. While Auto-Tune Evo can bring your screams of misery into pitch, you might not have a copy that works.

The Ethical Debate About Pitch Correction

Though the fiery arguments that autotuners suck the talent out of singers, homogenize the sound of popular music and contribute to lazy recording practices, there’s no sign of these plugins shuffling off quietly into the night. Used carefully, autotuning is unnoticeable and capable of saving an emotional but flawed vocal take.

It can also be used as an effect, present on a track because of its unique sound when exaggerated, not in spite of it. What you do with the technology is up to you. Whichever you choose, have fun with these freebies.